The Truth at Last: Round Up Can Cause Cancer 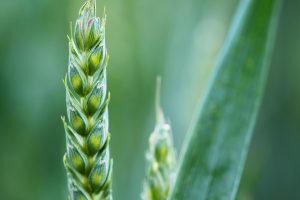 Long before my personal holistic healing journey began, and prior to being a holistic practitioner, I was already wary of chemicals. This seemed to be an intuitive, common sense inquisitiveness rather than something I learned. When I was pregnant with my first son and moving into a newly purchased home, I specifically remember asking my husband not to use any chemicals on our lawn. I knew our son would be out in the grass soon and applying chemicals that kill weeds or bugs seemed like it would be a threat to our child as well. I didn’t research this or know if it was true, but I trusted my instincts and thankfully my husband agreed. 23 years later, our yard is still chemical free. It supports wildlife that we treasure, as well as an organic garden.

Along my healing path, my intuition evolved into an educated understanding of how chemicals challenge our health and interfere with our body’s ability to function optimally. As a result, I’ve removed toxins from our home and personal care products, as well as from our food, and counsel others on how to do the same. Sadly, chemicals are everywhere and many, many people are not aware of their exposure to these harmful substances, especially in our food supply. But on 8/10/18, one of the world’s biggest offenders lost a court battle and is being held accountable for the cancer that a school groundskeeper, who used their products extensively, developed.

Dewayne “Lee” Johnson, the pest control manager of a San Francisco Bay Area school district, sprayed Round Up and a similar product extensively as part of his job. These products are herbicides or weed killers. Johnson shared how he would get covered with these chemicals when the wind was blowing and how a hose once broke and his whole body got soaked. When skin rashes appeared, Johnson reached out to Monsanto, the maker of these products, and asked if his skin issues could be related to the products he was using. He did not receive a reply and continued to spray.

He read the label carefully and reached out to the company on another occasion, with no response. At age 42, he was diagnosed with non-Hodgkin’s lymphoma. 4 years later, he has won the trial of a lifetime. Tragically, it appears that Johnson only has a few months to live. I am deeply indebted to him for his bravery in pursuing legal action against a powerful giant like Monsanto, and am incredibly grateful for the lawyer who fought for him and the jury that deliberated over such an important case.

During the trial, Monsanto’s ugly deeds were exposed. They knew that their products could cause cancer and other health problems and covered up that information with great intention. They’ve suppressed evidence, created false studies and harassed anyone that tried to present the truth. Court documents also reveal a possible collusion between the EPA and Monsanto to aid in covering up the cancer risks of Glyphosate, the active ingredient in Round Up. So, the very agency we all pay to protect us from such atrocities was likely in on, and aiding in the cover up.

But now, the truth has come out and the court awarded millions of dollars to be paid by Monsanto. The Supreme Court has refused to hear a challenge on CA’s listing of Glyphosate as a cancer causing chemical. And thousands of cancer victims and their families have filed additional lawsuits claiming Monsanto knew about the risks and failed to warn them.

I pray that the tides are finally turning and that Monsanto will be held accountable for all the human suffering they’ve caused. But they’ve been powerful for a long time with lots of tricks up their sleeve, so I fear that they will find a way to slip out of it all somehow. Bayer has recently acquired Monsanto, so removing the Monsanto name from everything could be part of their tactic.

I will continue to avoid these products and keep up with trusted sources to watch this saga unfold. I know my exposure to Round Up will be far less that Johnson’s, but I will honor the part of me that suspects it can be harmful in any amount. I will protect my body as best as I am able to. A bottle of Round Up will never enter my home. But what I believe is even more important, is to avoid Round Up in the food I bring home, which is one of the many reasons why the food we eat at home is almost always 100% organic.

Many non-organic crops like wheat and oats are sprayed with Round Up just before they are harvested. This desiccates or wilts the plants, making them easier to harvest. But the Round Up saturates all parts of the plants, including the edible parts. Most Americans unknowingly eat Round Up every day, some with every meal!

The Environmental Working Group just release independent study results for some common breakfast choices and found Glyphosate (the active ingredient in Round Up) in 43 of the 45 non-organic samples. Sadly, even 5 of the organic samples tested positive for Glyphosate, but at lower levels. While Glyphosate spraying is not allowed in organic food production, the rates of Round Up spraying have increased tremendously since 1996. It’s now pervasive in our environment and showing up even in places where it’s not being actively used. Organic is still a better choice to reduce your exposure (and for SO many other reasons), but I am praying for a day when the spraying will stop and the ground is allowed to recover.

The cost of these, and other chemicals, in human suffering and environmental damage is unimaginable and won’t stop anytime soon. But I am holding onto hope that the tides are finally starting to turn with this historic court case and that a safer, healthier future awaits all of us.